This post may contain affiliate links. This small commission costs you nothing and allows us to write more great power tool reviews for you.

What You NEED to Know About the Two

When the chainsaw was first invented, it took two or more people to operate and was a beast of a machine. Now, there is a big range of options for those shopping for a new chainsaw. 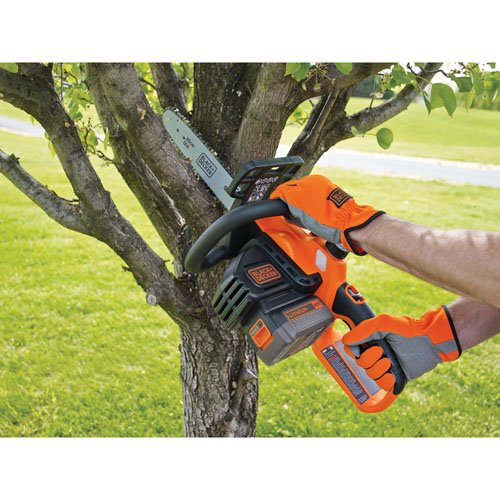 From light and nimble electric saws to the big, powerful professional forestry saws, consumers have a lt of options when it comes to their chainsaw choices.

The simplest choice to make when shopping for a new chainsaw is to choose between gas and electric. Both have their benefits and downsides, but the most important thing to know is which saw is appropriate for the job. Keep reading to learn more about the proper applications for gas chainsaws and electric chainsaws and how to choose the right chainsaw for yourself.

Gas chainsaws are powered by a mixture of oil and gasoline, and they’re the type of saw you want if you are looking for do big cutting jobs or require a lot of power. (Gasoline saws are the kind professional foresters use in their work.) Here’s a list of applications for gasoline chainsaws and when you would choose them over electric: 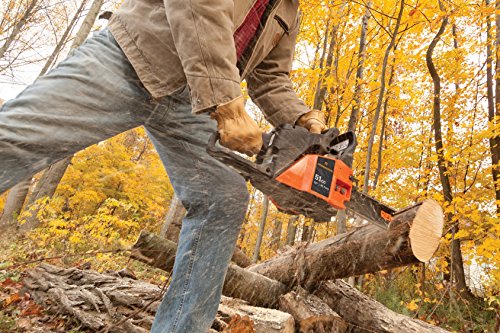 Gasoline chainsaws are much more mobile, too. You don’t need a plug-in power source for a gas saw. This means you can work freely far away from a generator or outlet and not worry about a cumbersome extension cord.

There are some downsides to a gasoline-powered chainsaw. First, gasoline saws tend to be a little bigger than electric saws. They’re also often heavier, making them a little more cumbersome to use. This makes them less-than-ideal for smaller jobs.

Gasoline saws are also sometimes more difficult to get started, making them awkward for jobs that require turning the saw on and off frequently.

Finally, gasoline saws require a lot more maintenance than electric saws. Much like your car or gasoline-powered lawn mower, you need to regularly perform maintenance to keep the machine working smoothly and properly when you need it.

A lighter cousin of the gasoline chainsaw, many homeowners prefer electric chainsaws for use around the yard. They are usually much easier to get started than gas saws, and the required maintenance to keep them in good working order is much less intensive. Plus, they are often less expensive. Those benefits come at the cost of raw power, however. Here’s when an electric saw would be a smart choice: 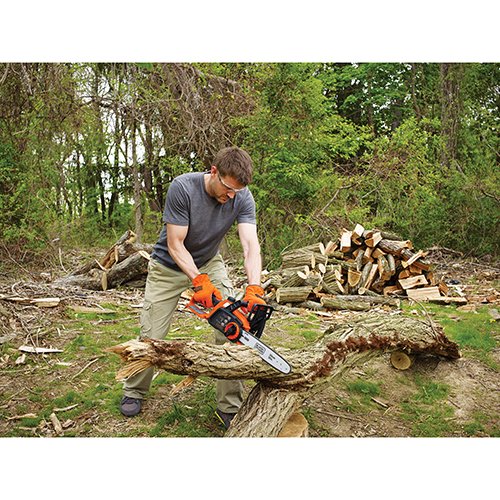 Electric chainsaws, as mentioned, are much easier to start and stop than gas saws. You simply need to press a button or pull a trigger — no yanking on a starter cord. They are also usually much lighter weight, making them easier to use for most people. 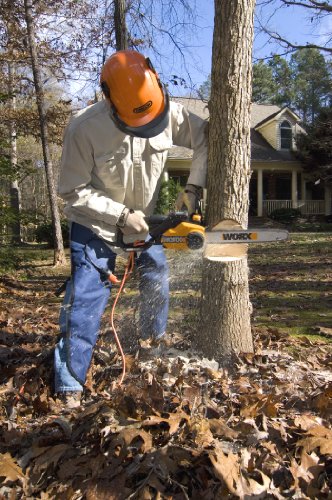 There are some situations where it doesn’t really matter which type of chainsaw you use. Here are some jobs that would go about the same with either an electric or gasoline powered chainsaw:

How to Sharpen a Chainsaw the Right Way

How to Trim a Tree with a Chainsaw